Introduction: Adult German cockroaches are a medium brown and approximately 1/2” to 5/8” long. They have two dark stripes on their pronotum, which distinguishes them from other cockroach species. Although they have fully developed wings, they do not fly. Immature German cockroaches resemble adults except they are smaller, nearly black in color, and have a single light stripe down the middle of the back.

Habits: German cockroaches usually prefer a moist environment with a relatively high degree of warmth, typically within the kitchen or bathroom. Look for them in cracks and crevices, as well as voids that are around and under cabinets and appliances. Also, inspect behind pictures, molding and in other dark, undisturbed areas. These insects are mostly scavengers and will feed on a wide variety of foods. They are especially fond of starches, sweets, grease, and meat products. In many locations, garbage is a principal food source. As with other species, German cockroaches are mostly active at night, when they forage for food and water. However, they may be seen during the day, particularly if a heavy population is present or if there is some other stress, such as a lack of food or water. German cockroaches pose a major health problem because of the diseases they carry, which include different forms of gastroenteritis (food poisoning, dysentery, and diarrhea), allergens, as well as other disease-producing protozoa and bacteria. The organisms causing these diseases are carried on the legs and bodies of cockroaches and are deposited on food and utensils as the cockroaches forage. Cockroach excrement and cast skins also contain several allergens to which many people exhibit allergic responses, such as skin rashes, watery eyes and sneezing, congestion of nasal passages, and asthma.

Control: Sanitation is extremely important in controlling German cockroaches. However, no home, regardless of how clean, is completely immune from their potential presence as it is difficult to keep cockroaches from entering homes via boxes, grocery bags, suitcases, etc., but you can take steps to prevent a serious infestation. In addition to checking that all products (especially boxes or paper products) brought into the home are free of cockroaches, all spilled foods, including crumbs on the floor, need to be cleaned up. Do not leave dirty dishes overnight and store items such as cereal, crackers, cookies, flour, sugar, and bread in airtight sealed containers. Lastly, empty garbage each evening into a sturdy container with a tightly fitted lid. Structural modifications such as caulking holes in walls where pipes pass through might be necessary in the kitchen, bathroom, and other areas of the house in order to control German cockroaches. However, a professional treatment is the best way to control German cockroaches in a given area. Cook’s Pest Control offers professional treatments for the control of cockroaches and our pest management professionals are thoroughly trained to address all your cockroach problems. 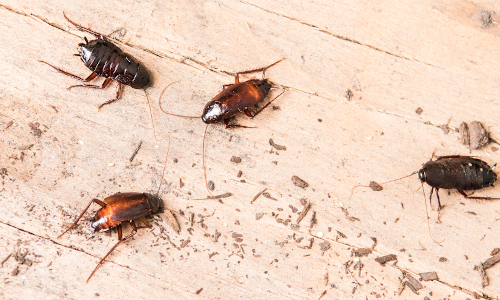 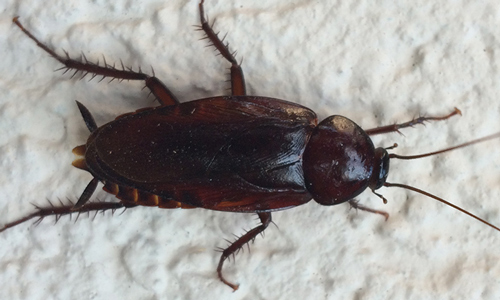 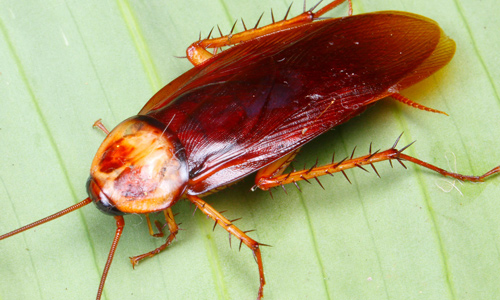