Introduction: Field crickets are usually black in color and range in size from 1/2″ to 1 1/4″ long. Species of field crickets look similar, and until 1957 all United States species were thought to belong to a single species. Only when biologists started studying the songs of field crickets were they able to separate the species. Male crickets produce a chirping sound by rubbing their upper wings together and females are only attracted to the calling songs of males of their own species. The house cricket is 3/4” to 1” long, light yellowish-brown in color and has three dark bands on the head.

Habits: Crickets can be found in pastures, meadows, forests, swamps, gardens, and around buildings. At times, they can be very injurious to crops such as wheat, tomatoes, and beans. They will also consume dead or weakened crickets, grasshoppers, cutworms, and other insects. Crickets are most active at night and are strongly attracted to lights, thus they will frequently invade homes. When in the home, crickets will feed on textiles of cotton, linen, wool, and silk, as well as furs. While damage to textiles is often only minor in nature, it is the constant chirping that is the most bothersome to homeowners when crickets invade.

Control: During the night, crickets are often attracted to lights that are near or on a home. Changing the amount of time that lights are left on, and their positioning, could help keep crickets away from a structure. Also, crickets enter the home through cracks and crevices, so sealing these areas will greatly reduce this pest from entering the home. Lastly, professional treatment around the perimeter of the home will reduce cricket populations. Cook’s Pest Control offers professional treatment for the control of crickets and our pest management professionals are thoroughly trained to address your pest problems. 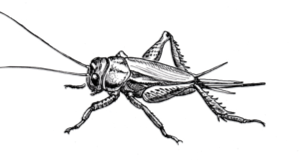 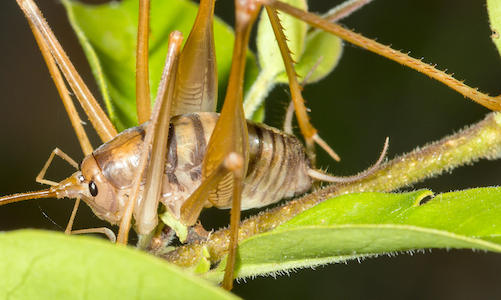