Introduction: The Eastern cicada killer wasp has a rust-colored head, thorax and wings with orange legs and a black and yellow striped abdomen. Their coloration is similar to that of yellowjackets or other wasps or hornets. They are one of the largest wasp species in North America and range in size from 1 1/8” to 2” long.

Habits: Eastern cicada killer wasps emerge during mid to late summer. Females remain active for approximately two months during which time they will dig a burrow in well-drained, light-textured soil in full sunlight. At the end of each burrow, an individual female will create three to four cells in which she will later place her eggs. Once cells have been constructed, females leave to hunt cicadas by sight, often capturing them in mid-flight. Once caught, the female will sting the cicada, paralyzing it and then fly it back to the burrow. She will lay one egg on her prey and place both in each cell of the burrow. After two to three days, eggs hatch and the larvae feed on the paralyzed cicada provided.

Control: Cicada killer wasps are considered beneficial as they feed on cicadas which are destructive to young trees. However, cicada killers emit loud buzzing noises, particularly around burrows, to intimidate predators and can be frightening to humans. Male wasps will also defend their burrows by dive-bombing anything perceived as a threat but will not sting. Female wasps can sting but typically only do when mishandled. Cicada killers will remain active in an area for a short time and it is best to admire these wasps from a distance. However, if there is any safety concern then a professional should be contacted. Cook’s Pest Control offers professional treatments for stinging insects and our pest management professionals are thoroughly trained to address your pest issues. 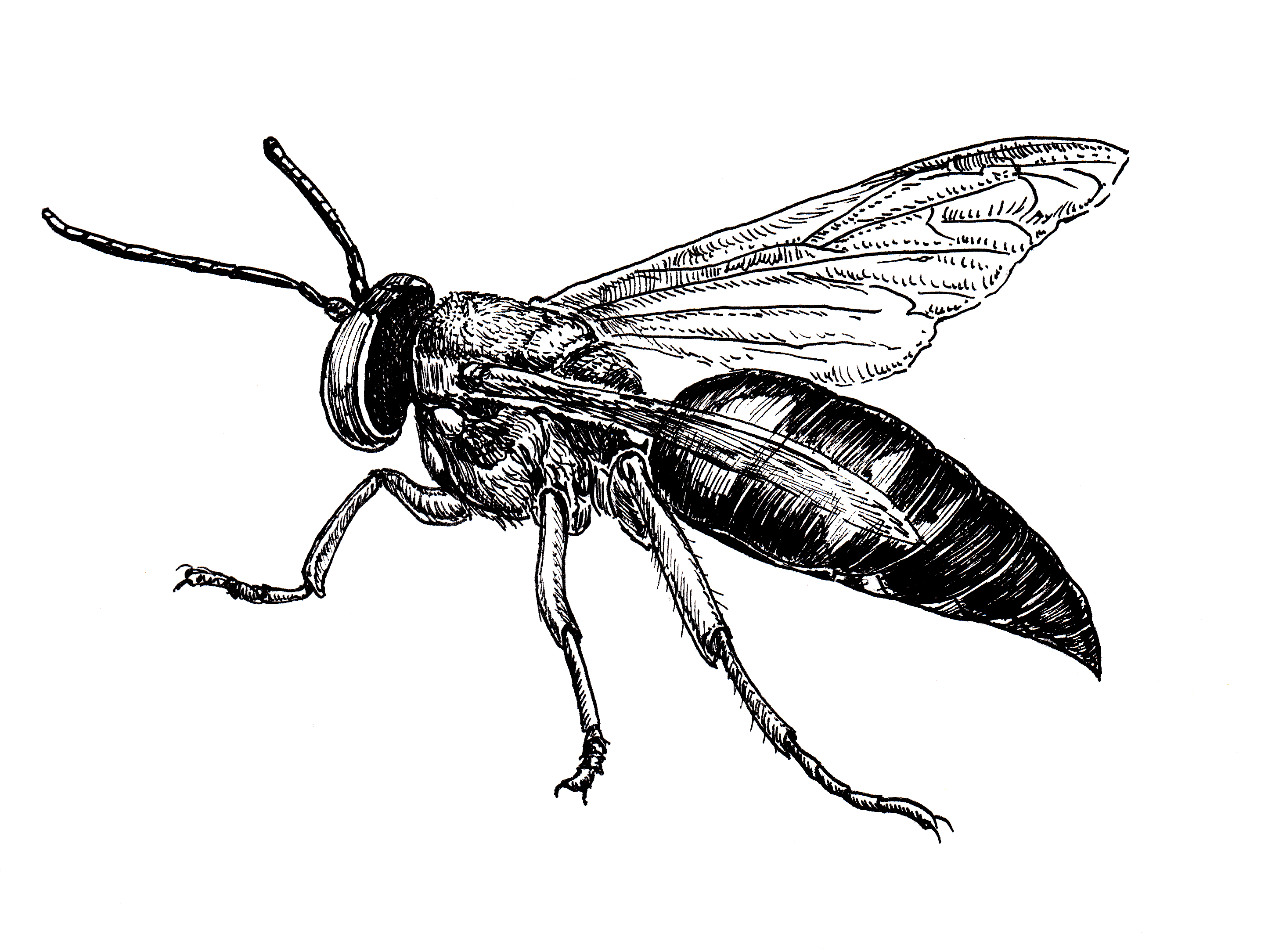 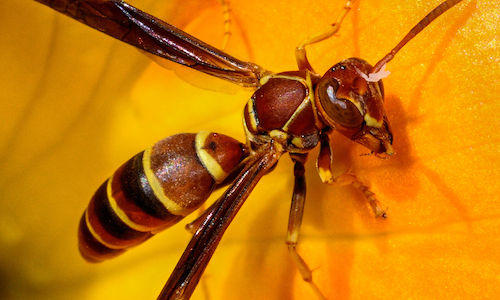 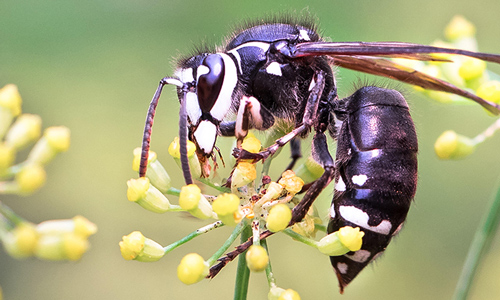 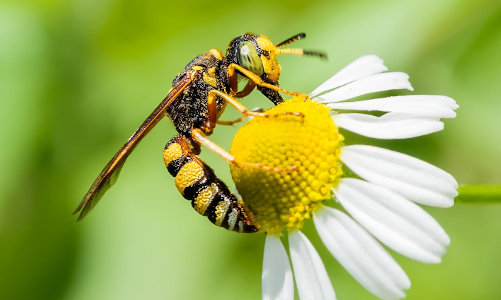